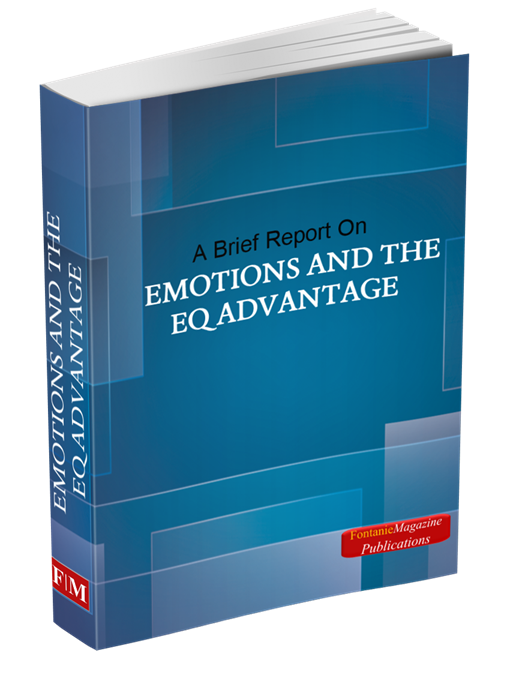 Emotions And The EQ Advantage

There may be a many things you’re feeling that are not exactly the way they seem. You see you may be actually jumping to conclusions in the way you identify your own emotions.

This may sound a bit puzzling because after all everybody feels emotions and their entitled to them, right? Take a look at that question again. You may be confusing two things.

In the first instance you have feelings about something or you are experiencing a rush of various emotions, you certainly are entitled to that because you are like everybody else.

When people look at the same set of stimuli they process that information and often walk away with different emotional reactions. That is okay and considered natural. It is part of understanding the way things exist.

In the second instance you’re not entitled to absolve yourself of the responsibility of dealing with your emotions. This is where people often make a mistake. When you take a hard look at it you will find that 9 times out of 10 when confronted with a toxic emotion, you would rather continue to do things precisely in the same way you have always done things.

What is happening in these instances is that you have become accustomed to diverting certain signals a certain way. You take the easy route out. At first you chose one interpretation over another, but the more you repeat it the more it becomes habitual until you reach a point where you feel that this is just part of your personality.

You might even think that this is just the natural way to objectively interpret the things you are seeing and feeling. Not so......